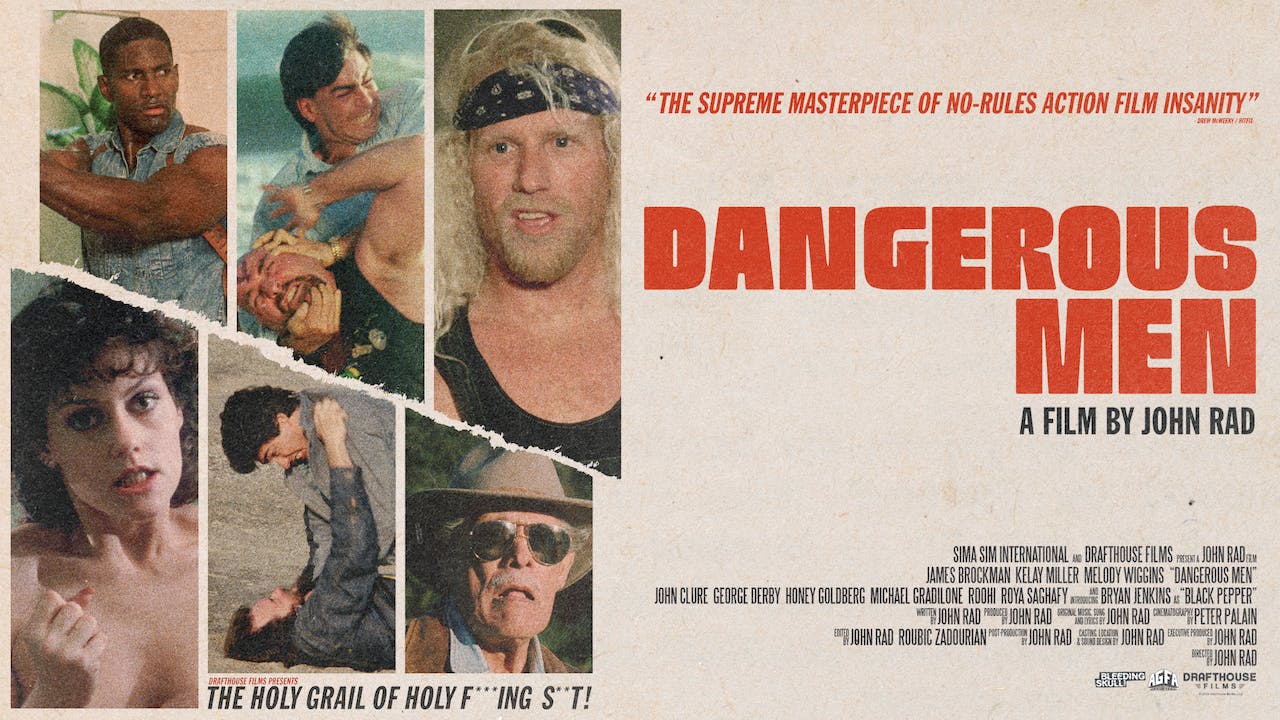 After Mina witnesses her fiancé's brutal murder by beach thugs, she sets out on a venomous spree to eradicate all human trash from Los Angeles. Armed with a knife, a gun, and an undying rage, she murders her way through the masculine half of the city's populace. A renegade cop is hot on her heels, a trail that also leads him to the subhuman criminal overlord known as Black Pepper.

It's a pulse-pounding, heart-stopping, brain-devouring onslaught of '80s thunder, '90s lightning, and pure filmmaking daredevilry from another time and/or dimension. Blades flash, blood flows, bullets fly and synthesizers blare as the morgue overflows with the corpses of DANGEROUS MEN.