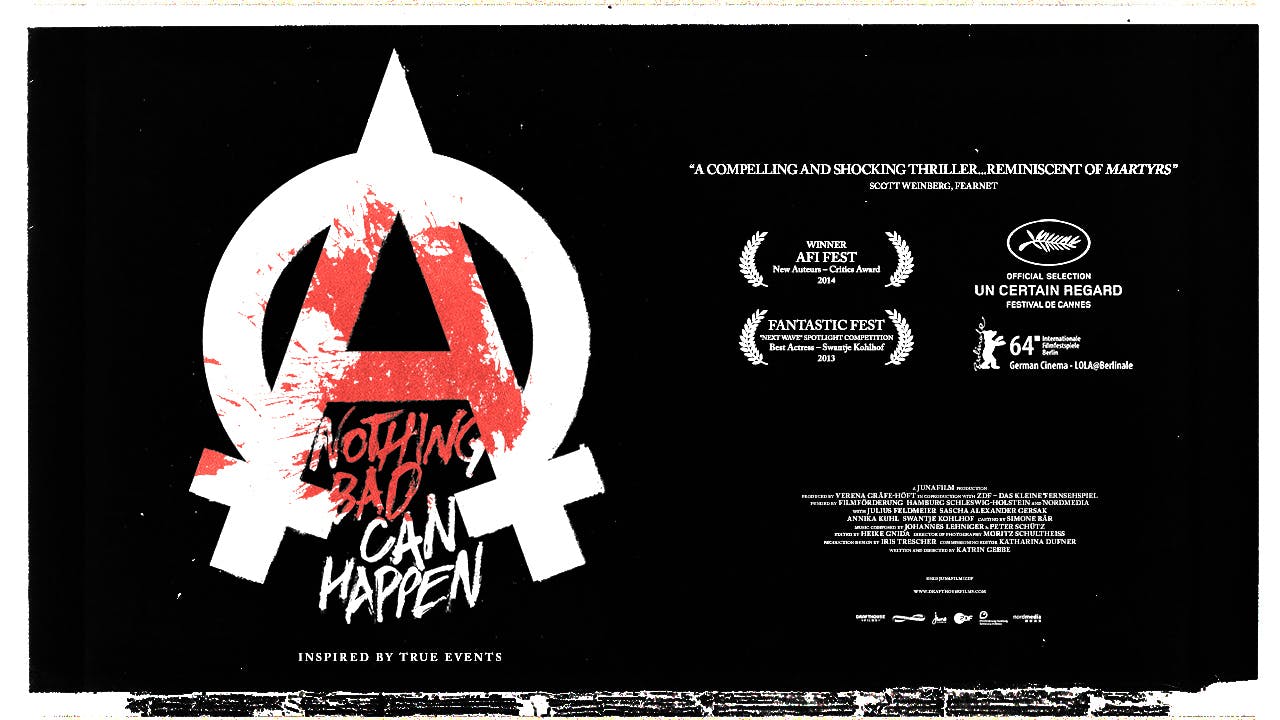 Nothing Bad Can Happen

Inspired by atrocious true events, Nothing Bad Can Happen follows Tore, a young lost soul involved with an underground Christian punk movement who falls in with a dysfunctional family curious to test his seemingly unwavering faith. After a chance encounter helping Benno, a stranded driver and managing to help start his car again in what appears to be a miracle, Tore is invited back to his home and becomes friendly with him, his wife and two kids. Before long, Tore moves in and gradually becomes part of his family. However, Benno can’t resist playing a cruel game, designed to challenge Tore’s beliefs. As his trials become more and more extreme, Tore finds his capacity for love and resilience pushed to its limits, and beyond.

A confident and intense debut film from German director, Katrin Gebbe, winner of the New Auteur Award at AFI Fest, Nothing Bad Can Happen first debuted at Cannes Film Festival.