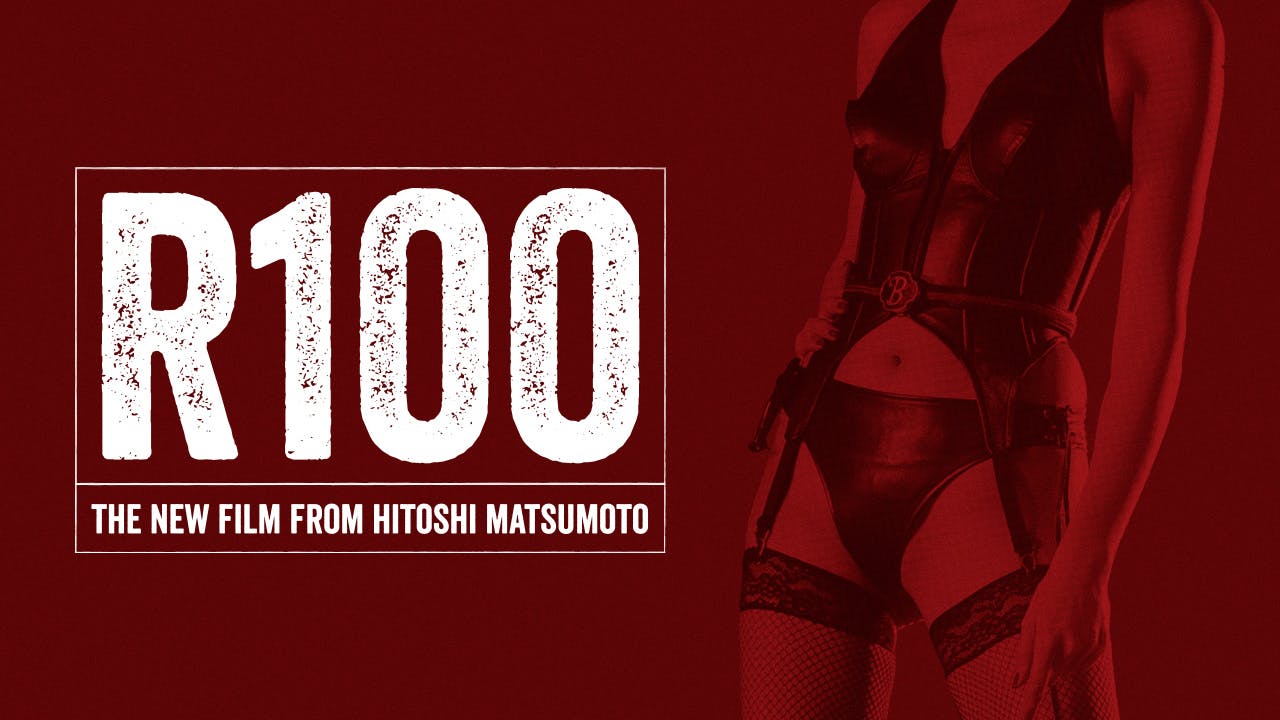 Although the rough treatment and humiliation Takafumi Katayama receives from these leather-clad women––in cafés and on the street––drives him to ecstatic pleasure, he soon finds himself over his head during a surprise house call by one of the mistresses. After a freak and fatal accident, Takafumi is forced into action with a slew of vengeful dominatrices chasing him down. With the help of his son, he'll have to devise a plan to take on the relentless femmes fatales, who each possess a unique S&M talent by which to exact painful revenge.

R100—the title a riff on the Japanese movie rating system, whose equivalent to NC-17 is R18—is directed by Hitoshi Matsumoto (Big Man Japan, Symbol), one of Japan's most preeminent and beloved comedic talents.