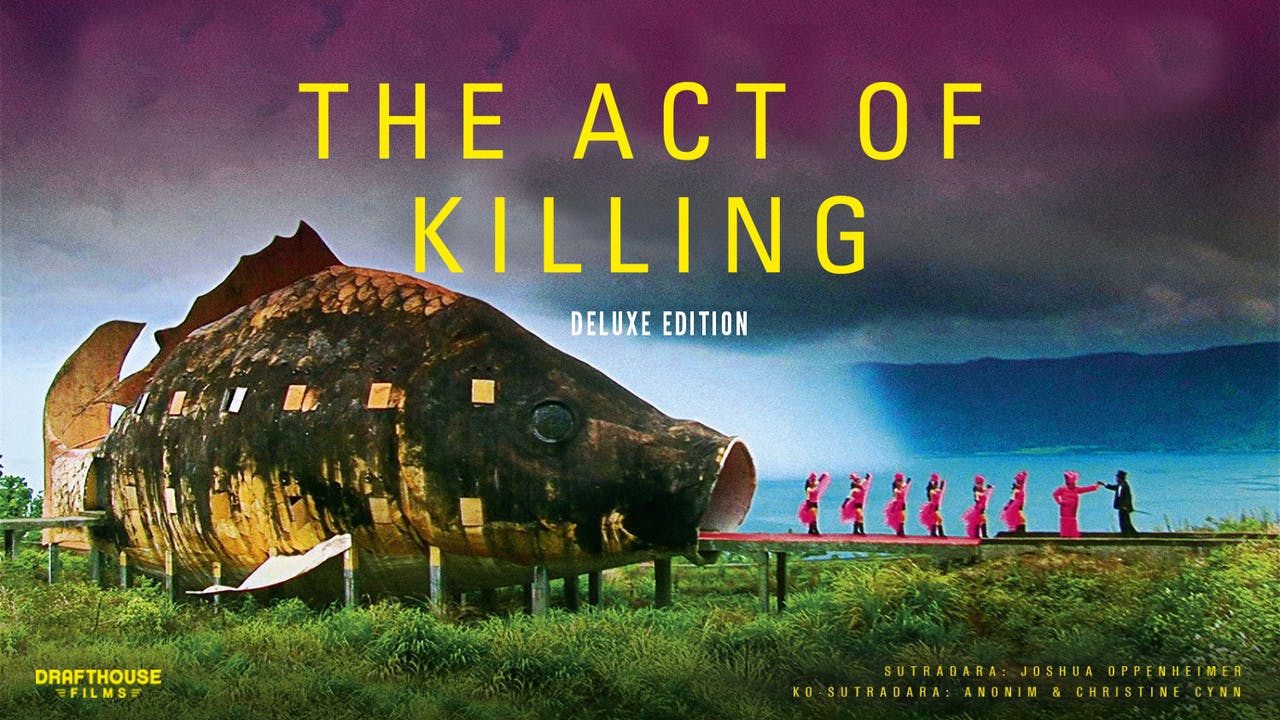 The Act of Killing Deluxe Edition

In this chilling and inventive documentary, executive produced by Errol Morris (The Fog Of War) and Werner Herzog (Grizzly Man), the filmmakers examine a country where death squad leaders are celebrated as heroes, challenging them to reenact their real-life mass-killings in the style of the American movies they love. The hallucinatory result is a cinematic fever dream, an unsettling journey deep into the imaginations of mass-murderers and the shockingly banal regime of corruption and impunity they inhabit. Shaking audiences at the 2012 Toronto and Telluride Film Festivals and winning an Audience Award at the 2013 Berlin International Film Festival, The Act of Killing is an unprecedented film that, according to The Los Angeles Times, "could well change how you view the documentary form."