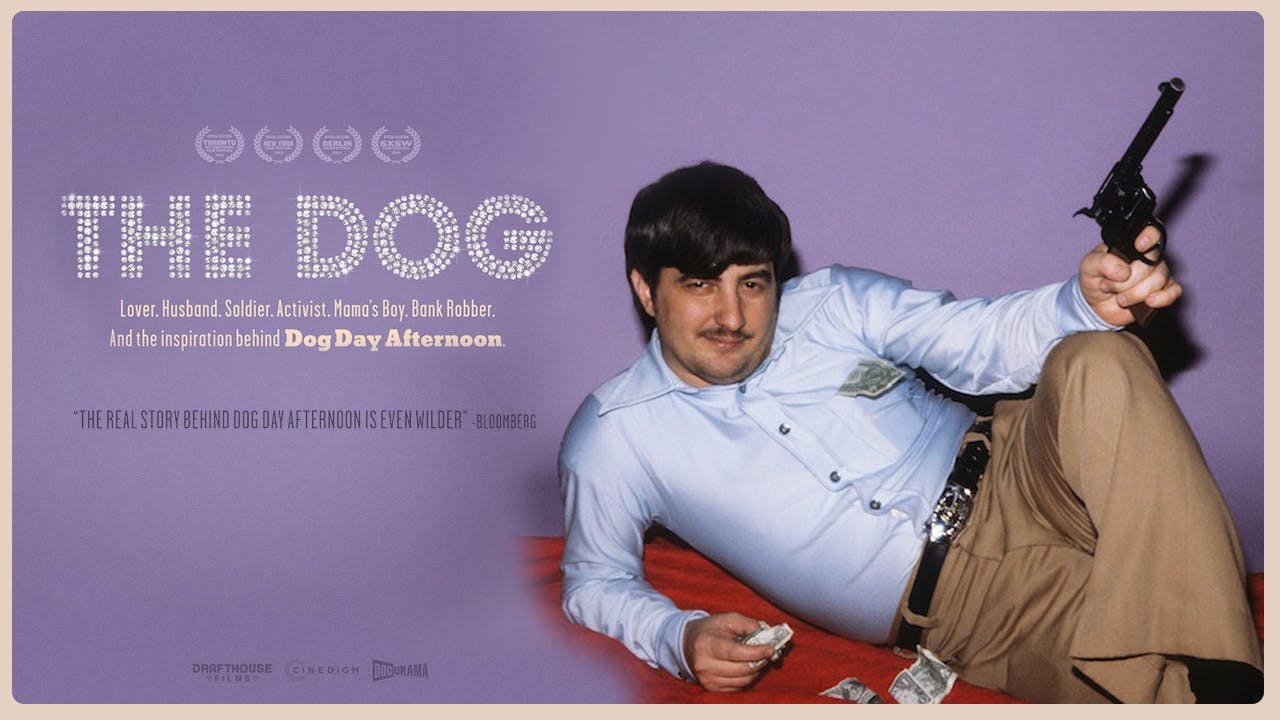 Coming of age in the 1960s, John Wojtowicz took pride in being a pervert. His libido was excessive even by the libertine standards of the era, with multiple wives and lovers, both women and men.

In August, 1972, he attempted to rob a Brooklyn bank to finance his lover's sex-reassignment surgery. The attempted heist resulted in a fourteen-hour hostage situation that was broadcast on TV. Three years later, Pacino portrayed his character instigating the unforgettable crime on the big screen. The award-winning film had a profound influence on Wojtowicz, when he emerged from prison six years later, he became known as "The Dog."

Filmed over the course of a 10-year period by co-directors Allison Berg and Frank Keraudren, and interweaving extraordinary archival footage on the robbery, 70's era interviews and the early gay liberation movement in which "The Dog" played an active role, the documentary captures the many sides of John Wojtowicz’s larger-than-life persona: he is, by turns lover, husband, soldier, lover, activist, New Yorker, mama's boy and bank robber.