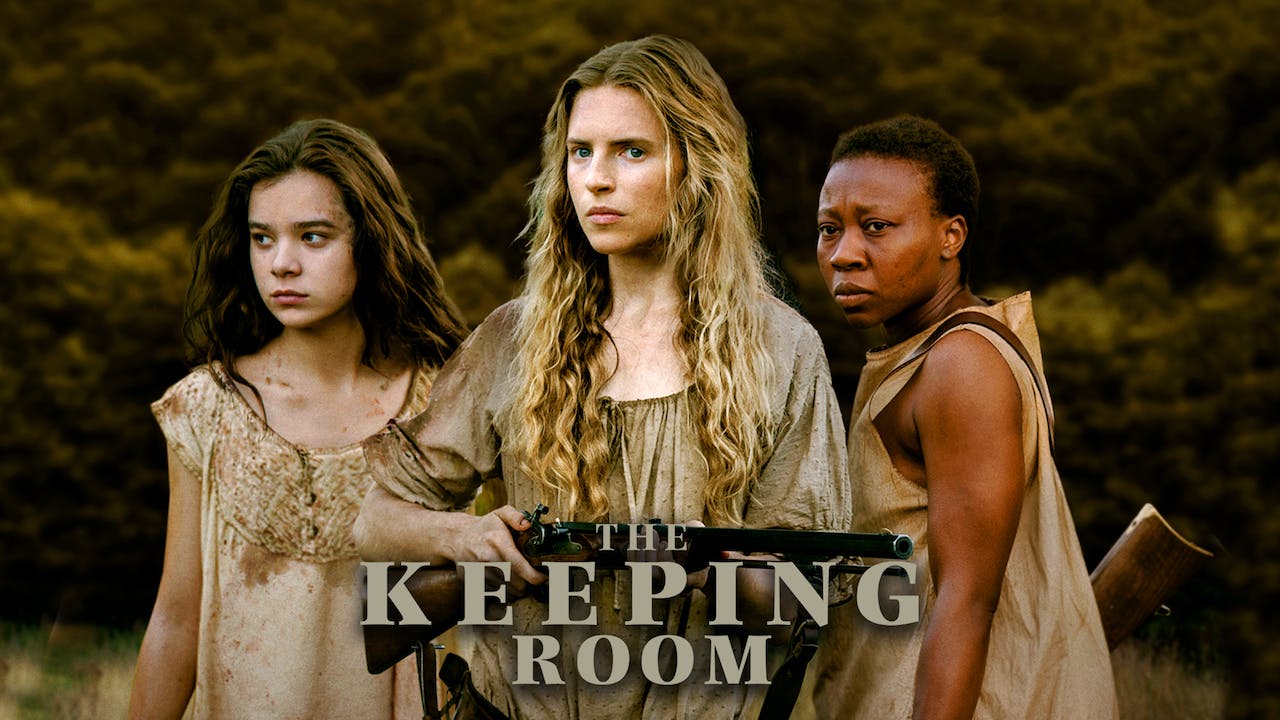 In this radically reimagined American Western set towards the end of the Civil War, Southerner Augusta (Brit Marling, Arbitrage, The East) encounters two renegade, drunken soldiers (Sam Worthington, Avatar & Kyle Soller, BBC’s “Poldark”) who are on a mission of pillage and violence. After escaping an attempted assault, Augusta races back to the isolated farmhouse that she shares with her sister Louise (Hailee Steinfeld, True Grit, Pitch Perfect 2) and their female slave Mad (newcomer Muna Otaru.) When the pair of soldiers track Augusta down intent on exacting revenge, the trio of women are forced to take up arms to fend off their assailants, finding ways to resourcefully defend their home––and themselves––as the escalating attacks become more unpredictable and relentless.

Based on Julia Hart’s revered 2012 Black List screenplay, and directed by Academy Award® Nominated Daniel Barber (Harry Brown), THE KEEPING ROOM is a tense and uncompromising tale of survival that also shatters both gender and genre conventions.