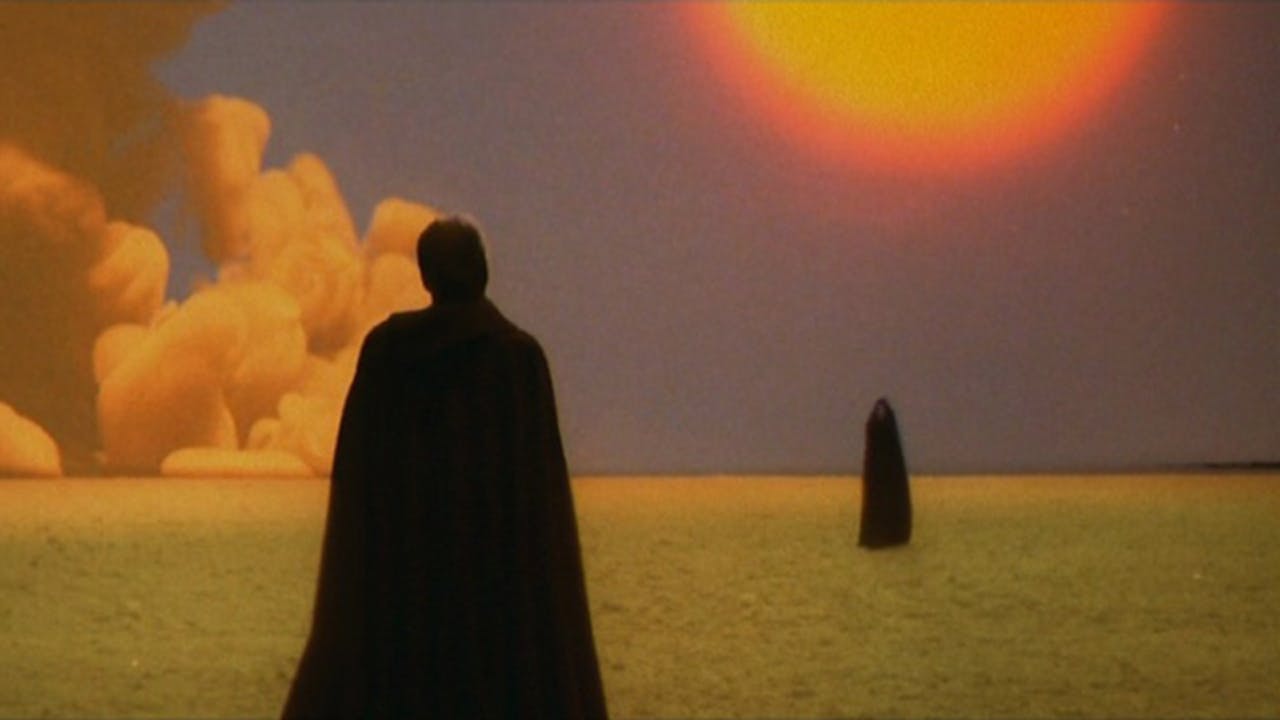 In this unforgettable assault on reality--restored and presented uncut theatrically for the first time ever in the U.S.--legendary Hollywood director/actor John Huston (The Maltese Falcon; Treasure Of The Sierra Madre) stars as an intergalactic warrior who joins a cosmic Christ figure in battle against a demonic 8-year-old girl, and her pet hawk, while the fate of the universe hangs in the balance. Multi-dimensional warfare, pre-adolescent profanity and brutal avian attacks combine to transport the viewer to a state unlike anything they've experienced... somewhere between Hell, the darkest reaches of outer space, and Atlanta, GA . The Visitor fearlessly fuses elements of The Omen, Close Encounters Of The Third Kind, The Birds, Rosemary’s Baby, The Fury and even Star Wars creating the most ambitious of all '70s psychedelic mindwarps . Its baffling all-star cast includes Shelley Winters (Night Of The Hunter), Glenn Ford (Superman), Lance Henriksen (Aliens), Franco Nero (Django) and Sam Peckinpah (director of The Wild Bunch).